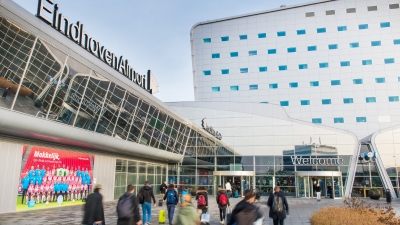 At the foot of the Rif Mountains

Book your flightBook flight + hotel
Back

At the foot of the Rif Mountains

The city of Nador lies in north-eastern Morocco, at the foot the Rif mountains. You can fly directly to the city's international airport, which opened in 1999. The large port on the Laguna Bhar Amezzyan has ensured Nador's place as an important trading centre for fish, fruit and livestock. Nador has about 180,000 inhabitants. Ferries travel regularly between Nador and the Spanish mainland, to Almería. It's a great way to combine a Moroccan-Spanish holiday!

Places to visit in Nador

The beach of Nador is very beautiful, but don't expect to find a lot of places to eat. But that doesn't stop a lot of European tourists from coming here. Nador is also the perfect starting point to experience the true ‘Rif feeling’. In fact, the city and the surrounding region are renowned for their amazing flora and fauna. Nador is a must-see for birdwatchers. The beautiful combination of flowers and plants attract the most fascinating bird species. Continuing along the coast of Ras el Ma, you'll come to a freshwater lagoon with remarkable sand deposits. It's home to species including the egret, black-tailed godwit, kingfisher and spotted redshank.

About 30 kilometres from Nador is the village of Kariet Arkmane. This area is known for its many saltwater lakes and, as a result, a great variety of birds and insects. All kinds of animal species visit the area, such as brightly coloured grasshoppers, sand spiders, pearl divers and even flamingos. Nador has some luxury hotels as well as budget and mid-range hotels. And the wide choice of good restaurants and cafés make sure tourists and nature lovers can relax. Nador is small, but it is a comfortable place to be!

Practical information for your trip to Nador

Flight tickets from Eindhoven to Nador

You can fly from Eindhoven Airport directly to Nador in Marocco with TUI Fly België.

Fly with this airline to Nador